Posted by Nissa Annakindt at 11:30 AM No comments:

Patro Nia: the Our Father in Esperanto 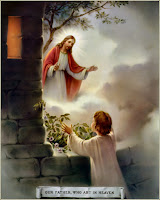 It is a sort of tradition to use the Our Father as a way to give an example of what a given language is like. That's why it's common to see translations of the Our Father into conlangs. These days that gives some people conniptions. But the Our Father is a simple thing to translate, and in addition is useful for religious persons. Why not learn it--- and pray it--- in a language you are learning?

How do you study this prayer? Line by line. For each line, look up any unknown words. Say the line to yourself over and over until you are familiar with it. The next day, learn the next line. When you are finished, practice reciting the lines together until you can recite them without forgetting the meaning of the individual words. At that point, you may add the Esperanto Patro Nia to your regular prayers. It is particularly good for praying for world mission (evangelization) and for the needs of those in distant lands. It can be prayed by those from differing faith-backgrounds. (The extra lines Protestants add can be found in an Esperanto Bible, Matthew 6:13. [Ĉar Via estas la regno kaj la potenco kaj la gloro eterne.]

To find the Bible in your native language, go to Jesus Army Multilingual Bible and select your language from the drop-down list of Bibles.

To type in Esperanto using the Esperanto special letters, use Typeit. (Or use the H-system, which is allowed by the Fundamentoj.)

Posted by Nissa Annakindt at 7:17 AM No comments:

This Scripture passage is from the Old Testament, so L. L. Zamenhof did the translation himself. The verses in Ezekiel deal with trees in a symbolic and spiritual sense. God is not literally planning on planting a tree someday.

In the mountain of the height of Israel will I plant it: and it shall bring forth boughs, and bear fruit, and be a goodly cedar: and under it shall dwell all fowl of every wing; in the shadow of the branches thereof shall they dwell. Ezekiel 17:23 KJV


It will be planted on the high mountain of Israel: it will put out branches and have fruit and be a fair cedar: under it all birds of every sort will make their living-place, resting in the shade of its branches. Ezekiel 17:23, Bible in Basic English.


Read the whole Bible chapter of Ezekiel 17 in Esperanto and many other languages.
Posted by Nissa Annakindt at 9:56 AM No comments: 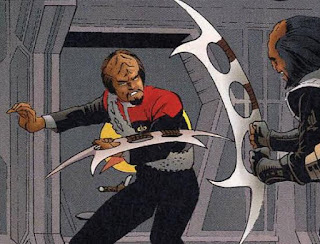 Sometimes people who don't much like Esperanto say that Klingon, a made-up language invented to add realism to some Star Trek movies, is more successful as an international language than Esperanto is.

But actually that's not true. It's just comforting for people who fear someday they will be forced to learn Esperanto. They would be equally fearful if they had to learn Volapük, Universalglot, or Klingon!

Star Trek fans may know a word or two of Klingon, but very few could actually put together a whole sentence in the language. And it would almost never be a sentence that is useful in the real world, unlike 'beam me up' or 'fire phasers.'

Now, there could be a deus ex machina event that could propel Klingon, with all its flaws, into use as a global international language. And it would be as useful as any other, or as English, French, Latin or Chinese have been in international use. But I honestly believe that the odds are against Klingon coming into that role.
Posted by Nissa Annakindt at 7:25 AM No comments:

Reading the Bible in Esperanto: Romans 1:1

If you read the Bible regularly or daily for religious reasons, there is no reason why you can’t try reading it in Esperanto. If you have had a few Esperanto lessons, you will probably recognize a few words of any given Bible passage. Unknown words you can always look up.
But where to start? There are a lot of books in the Bible, some more difficult than others. I suggest the book of Romans, which is a letter from Saint Paul to the Christians of the city of Rome.

This is verse 1, and the first thing you will note is that it is only the beginning of a sentence. Paul is starting off by introducing himself to the Christians of Rome. He has at this point not gone to Rome to visit these Christians himself. He gives his name, Paulo, and then gives his chief ‘title’ as a church leader: servisto de Jesuo Kristo. The word translated servisto is in the original Greek doulos, which means ‘slave.’ To the original audience of this letter, the word ‘slave’ meant the guy who empties your chamber pot and does other low, unappreciated work for you. Not a high status at all. But to be the slave of Jesus Christ is another thing altogether. Note: one title of the pope is ‘servant of the servants of God.’ Perhaps a reminder to popes not to glory in their status over other church leaders, but to regard themselves as the servant to the other ‘servants of God’.

Apostolo vokita: well, you can probably guess that apostolo means apostle. Vokita comes from the verb voki, which means ‘to call.’ The -ita ending means that it is past tense, and that someone other than Paul did the calling.  In the context of Paul’s life story, we can understand that the calling came from God.

Apartigita: isn’t that a word and a half? There are three parts to this word: apart- which means separate, -ig- which means ‘make, render,’ and finally -ita, which we have met with above. In other words, Paul has been separated, or set apart, for the Gospel of God.

Evangelio means Gospel, and is related to the Greek word euaggelion, which means ‘good message.’ The Gospel is the Good News, and that is what Paul is set apart for.

You can not only read the rest of this chapter of Romans, but listen to or download an audio version of it, from this web page:

Here is the Bible verse in English (KJV)
Romans 1:1
Paul, a servant of Jesus Christ, called to be an apostle, separated unto the gospel of God,

How I first learned about Esperanto 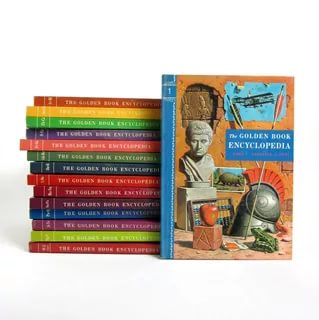 I learned there was such a thing as Esperanto as a child. My mother was big on providing her children with books, and she got me/us a set of Golden Book encyclopedias. Since my younger brother had no interest in books, I claimed the set as mine and read all of the volumes.

There was a little article on Esperanto. I don't remember much about it, except that it wasn't negative on Esperanto, and that the Esperanto word it gave as an example was 'birdo.' Perhaps I assumed that the rest of Esperanto was like that--- similar to English?

Anyway, that little article was the beginning of a lifelong interest in Esperanto. In the early years, I had no idea how to get any more information on Esperanto or where to buy an Esperanto dictionary or textbook. In the pre-internet days, if YOUR local bookstore or library didn't carry something, it pretty much didn't exist.

Much later--- after I already had books in Esperanto--- I moved to my father's old hometown of Menominee, Michigan (USA.) In the library there was one very old (1950s) book about Esperanto which combined a textbook, dictionary and a small sample of articles in Esperanto. I kind of wish some of the earlier libraries in my life had books like that!

In the name of the Father and of the Son and of the Holy Spirit. Amen.

This is good for Esperanto beginners to memorize because it has simple words, and it's very short. It's not like memorizing the Apostles' Creed in Esperanto!  In you are not familiar with de l' --- it is short for 'de la' and is pronounced like 'del.'
Posted by Nissa Annakindt at 11:45 AM No comments: 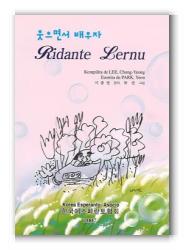 After you have done some basic lessons in Esperanto, you might want to start reading easy Esperanto learning materials like this book, "Ridante Lernu."

It contains 200 short texts in Esperanto which are useful to practice reading the language. Most of the texts are amusing jokes.

I have not been keeping up with my Esperanto for the past few years, and when I tried to read a normal Esperanto book I found it a bit difficult. So I took this book down from my Esperanto shelf and started reading. It's funny and good practice to get back in the swing of using Esperanto.

I don't remember how I got this book. Maybe ELNA's book service? Or UEA? Anyway, it is probably available yet if you want a copy of your own.
Posted by Nissa Annakindt at 8:50 AM No comments: